Couples: Where to Turn For Support | IntegrityRestored.com

Home / Couples: Where to Turn For Support

Couples: Where to Turn For Support 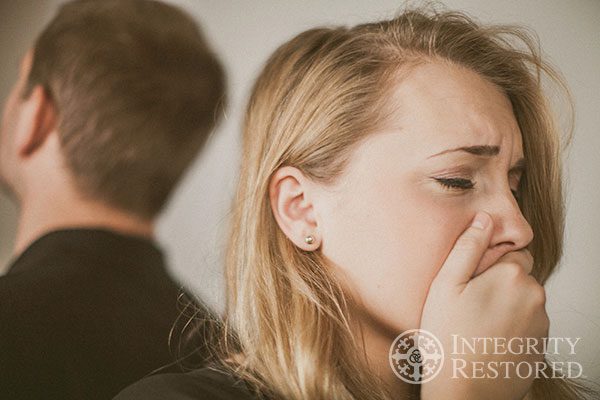 Internet pornography they were both ready to work on recovery. Having done

for healthy recovery. However, they didn’t know which groups were needed or

where to begin in finding one.

Initially, they only believed that Tom needed a group. They were surprised when I

eventually need to attend a couples’ group. Once they understood the need and

benefit of each group, they were open to attending the recommended groups.

struggle with addictions. Ever since Alcoholics Anonymous (AA) developed the 12-

steps over 80 – years ago, millions of people have benefited from working them as

an integral part of recovery. Other successful support groups have been modeled

after AA, including Narcotics Anonymous, Gambler’s Anonymous and Overeater’s

Anonymous. In a 12-step support group, an addict can find a safe place to be him

self. He can share his deepest, darkest secret and not be confronted with shame,

humiliation or ridicule from the other group members.

In fact, for most addicts, the 12-step support group is the first place where they

have ever encountered true unconditional love and acceptance. It is also a place

where one can find a strong system of accountability for sobriety. It is in this

environment that a person can begin to experience real healing and recovery.

It takes great humility to attend a 12-step support group, but it is also very

important. By recognizing his helplessness over the addiction and the need

for help, an addict is finally on the path to recovery. Four

groups that I recommend are:

The My House Recovery Groups

in. He selected a group that had men who were around his age, who were deeply

committed to recovery, and who met at a time that worked with Tom’s schedule. In

this group, Tom found the support and accountability he needed for his recovery.

He found a sponsor who helped him work through the 12-steps. This helped him

take responsibility for his recovery. This resulted in sustained sobriety and true

who understand what they are going through. It is important for spouses to realize

they are not alone. Many spouses feel deeply hurt and betrayed because of this

addiction. They often feel they will never recover. They feel discouraged and have

little hope for restoring their marriage. They need a group where they can meet

marriages. I often compare these people to the diet ads often found in magazines

where there is a “before” picture and an “after” picture.

Many of these people can only see themselves as a “before” picture in recovery.

hope and encouragement in their personal and relationship recovery.

In these groups, spouses also work through a modified 12-step program. While they

may not be addicted to anything, anyone can benefit from working the 12-steps.

They are wisdom for life. Through this process many spouses identify many deep

wounds they carry that are not associated with the addiction. For example, while a

wife is never responsible for her husband’s addictive behaviors, there may be deep

affecting their relationship. This in turn could have an effect on the addiction. By

working on healing her own wounds, a wife can have a positive impact on her

husband’s recovery and on the healing of their marriage.

shame they carry because of the addiction. Fortunately the unconditional love and

people who truly love them. This is extremely healing for spouses.

In addition to the groups I recommend above, another I’d recommend is S-Anon.

For Bernadette, attending a support group was a lifesaver. She found a

with it because they had similar stories. They offered shoulders to cry on during the

tough times and where there to celebrate during the victories. They were always

available to encourage Bernadette to persevere in her recovery. What was most

process and had restored their marriages. This gave her the most hope.

After many months of attending their individual support groups and experiencing

much healing, Tom and Bernadette were ready to take their healing journey to the

next level. In addition to attending their individual support group meetings they

began to attend a group for couples recovering from addiction.

In this group, they met couples whose lives had also been rocked by addiction and

were working on recovery together. Like those diet ads, Tom and Bernadette were

able to meet couples that represented the “after” picture in recovery. Those couples

had experienced much personal and marital healing. They had created new marital

relationships that were truly healthy and fulfilling.

authentic with each other. This resulted in true marital intimacy. They knew each

other thoroughly and felt safe with each other. While none of these couples ever wanted

to have to deal with addiction and recovery, they were grateful for the process because

it resulted in marriages that are actually stronger and healthier than most.

The group I recommend most for this is Recovering Couples Anonymous

While they were a bit nervous about attending this group, Tom and Bernadette

ended up developing life-long friendships there. Meeting other couples in recovery

further helped them realize they were not alone. Now they had friends together

with whom Tom and Bernadette could be truly authentic. Bernadette often jokingly

refers to them as “the best friends they never wanted to have.” She cherishes them.

can improve other relationships in their lives. Because these groups can help in

letting go of guilt and shame, these people can finally be open and honest about their

recovery with close family and friends. This can deepen the intimacy in those

relationships. Tom and Bernadette came to the point were able to share with their

parents and siblings about their struggle with addiction and recovery. They were

amazed at how loving and compassionate their families were. This even helped

Tom’s brother come out and admit his struggle with pornography. They were then

able to help him get help for his addiction.

Tom and Bernadette continue their healing process by helping others in recovery.

They are now sponsors for members of their individual and couples groups. Most of

all, they are enjoying the healing they have experienced and the healthy intimate

I’m so sorry you are going through this. Know you are not alone, and healing is possible!
We recommend you check out BloomforCatholicWomen.com and maybe attending one of our Hope Blooms Retreats to start your own personal healing journey.